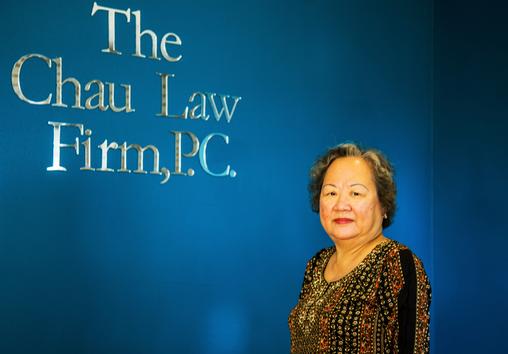 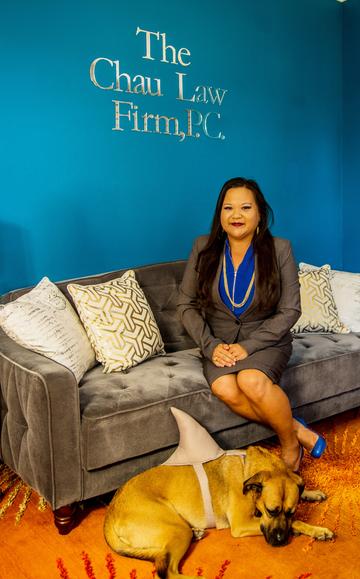 Kim joined our firm in August 2016, although Kim has also been vital to the firm since its inception. Kim was a refugee to the United States during the Vietnam War.  Like many other Vietnamese refugees, Kim came to this country with nothing and became successful through hard work, perseverance and ingenuity.

Kim has had an extensive career as an entrepreneur, owning a Vietnamese grocery store, and several successful restaurants in Palacios where she is lovingly referred to as "Mama Chau."

Even in retirement, Kim joined our firm to serve as a Vietnamese Translator as well as our Notary Public. Kim also serves as the firm's personal chef.

Kim's knowledge, skills and experience are vital to the firm, her influence being the perfect motherly touch to our law firm family.   You can reach her directly at kim@chaulawfirm.com 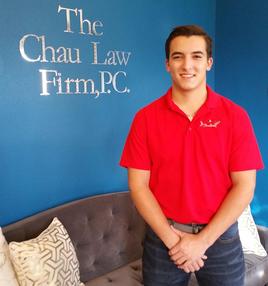 We look forward to adding Personal Injury and Immigration to our firm in 2017! 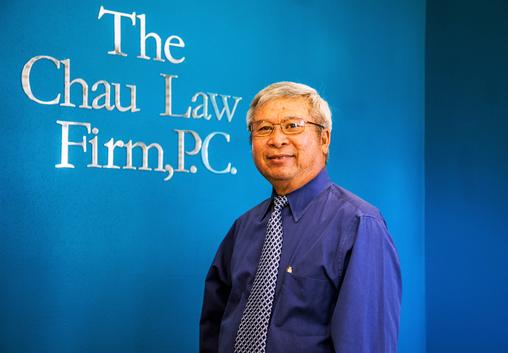 The Chau Law Firm, P.C. was founded in 2011 by Miss Jennifer Chau. Miss Chau hails from Palacios, Texas, and graduated from the Palacios High School in 2000. In 2002, at the age of 19, she received her Bachelor’s Degree, with a concentration in Computer Information Systems.  In 2006, she received her Master’s Degree, concentrating in Criminal Justice and Communications. Both degrees were earned at the University of Houston-Victoria.

She then attended law school at The Thomas M. Cooley Law School in Lansing, Michigan, where she received her Jurisdoctorate in 2010, concentrating in Litigation.

Miss Chau is licensed to practice in the State of Texas, and is also admitted to the United States District Court-Southern District of Texas.

​Miss Chau currently serves as a President for Lucky Strykes Dog Rescue, a 501(c)(3) no kill dog shelter for large breeds located in Palacios that she founded in 2016.  Miss Chau is also certified as an Attorney Ad Litem and Mediator.  Her other licenses and certifications include a Texas Real Estate Sales License and an Ordained Minister.  In her spare time, Miss Chau enjoys traveling, hunting, spending time with her dog Stryker and Mako, and raising cattle on her ranch. You can reach her directly at: jennifer@chaulawfirm.com

​​Linh joined our firm in August 2016, although Linh has been vital to the firm since its inception. In 1975, Linh was sent to this country serving the United States Army during the Vietnam War.  After Saigon fell, and without a way to get back home, Linh made his life here in Texas.

Linh worked for 20 years as a Fish and Wildlife Technician for the Texas Parks and Wildlife Department, becoming the first Vietnamese immigrant to work for that Department, and was crucial to the mediation that took place during the infamous South Texas Boat Burnings instigated by the KKK.

Linh will be retiring as the Municipal Judge for the City of Palacios at the end of 2019, after 25 years serving in that position.

Linh has many duties at the firm, but his official title is Vietnamese Translator.  He is not only vital as a team member, but he serves as our mentor and guiding force.  You can reach him directly at linh@chaulawfirm.com